Four years of achieving the First and Second Prizes in the Provincial English Rhetoric Contest, with Khanh Vinh (16 years old), the journey is also arduous, sometimes it is psychological pressure from family’s expectations. However, he has made constant efforts to bring pride to the family as well as teachers.

Having been exposed to English since kindergarten, but Khanh Vinh was not into it, even felt aversion, but due to his parents, this boy still learned hard. It was until Grade 3 when the school put English into the primary curriculum, Vinh started to be more interested. Coming to Grade 5, it can be considered as a significant milestone when the little boy was registered by his teacher to participate in the provincial rhetoric contest. Fortunately, he won the Second Prize and thereby, the plan to conquer English has begun. 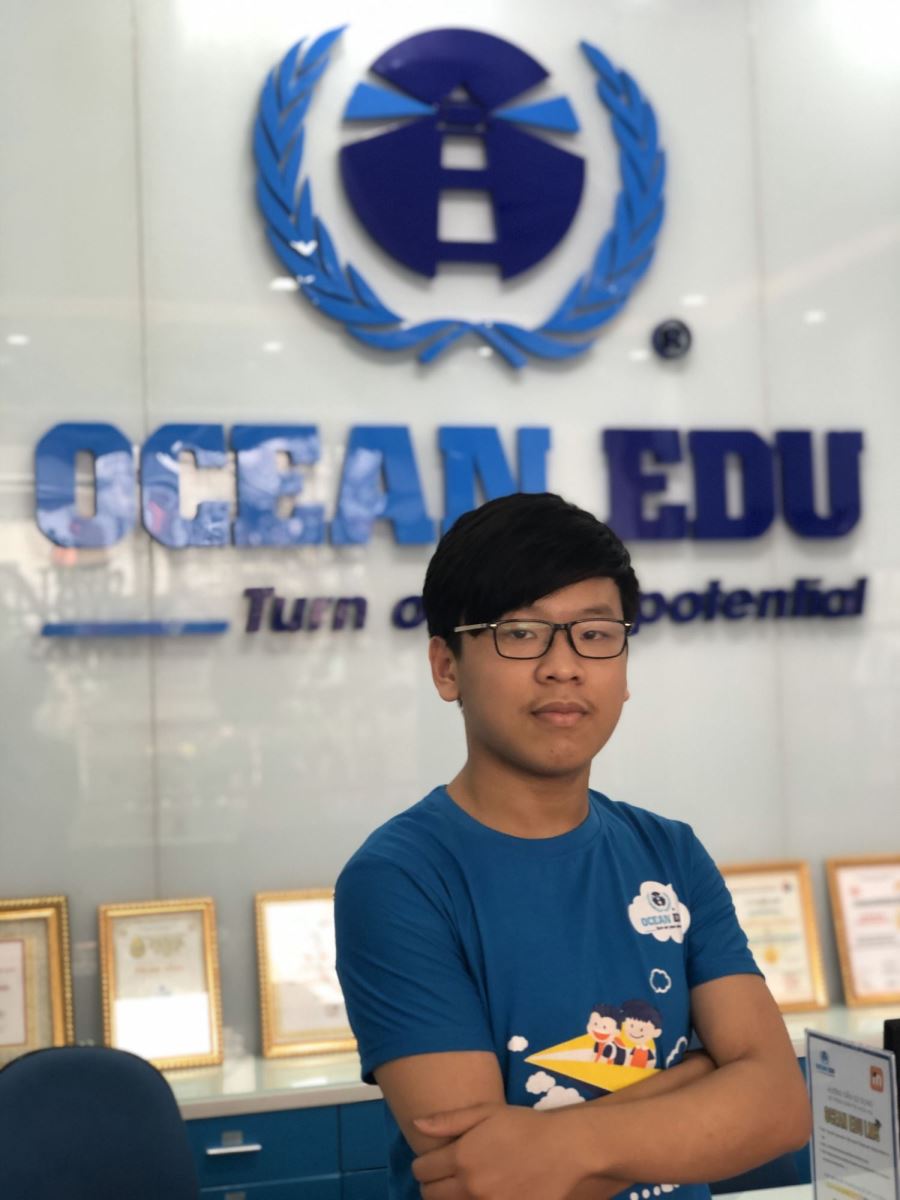 Studying English from kindergarten but until Grade 5, Khanh Vinh's journey with this subject has just started

After passing the entrance exam to Tran Dang Ninh Secondary School - A school with a long history of teaching and learning achievements, Vinh began to study at Ocean Edu Nam Dinh English Center. However, after a while, he had to stop as the school schedule was too tight. Missing the opportunity to meet with wonderful foreign teachers at the centre is something he has always regretted, so after passing the entrance exam to Le Hong Phong High school for the gifted, Khanh Vinh continued to study again at Ocean Edu to prepare for IELTS.

In response to the family and teachers’ expectation, Vinh has turned every difficulty into a driving force to successfully conquer the English Rhetoric Contest organized by Nam Dinh province with the First and Second prizes in the years 2014 - 2017 - 2018 - 2019... 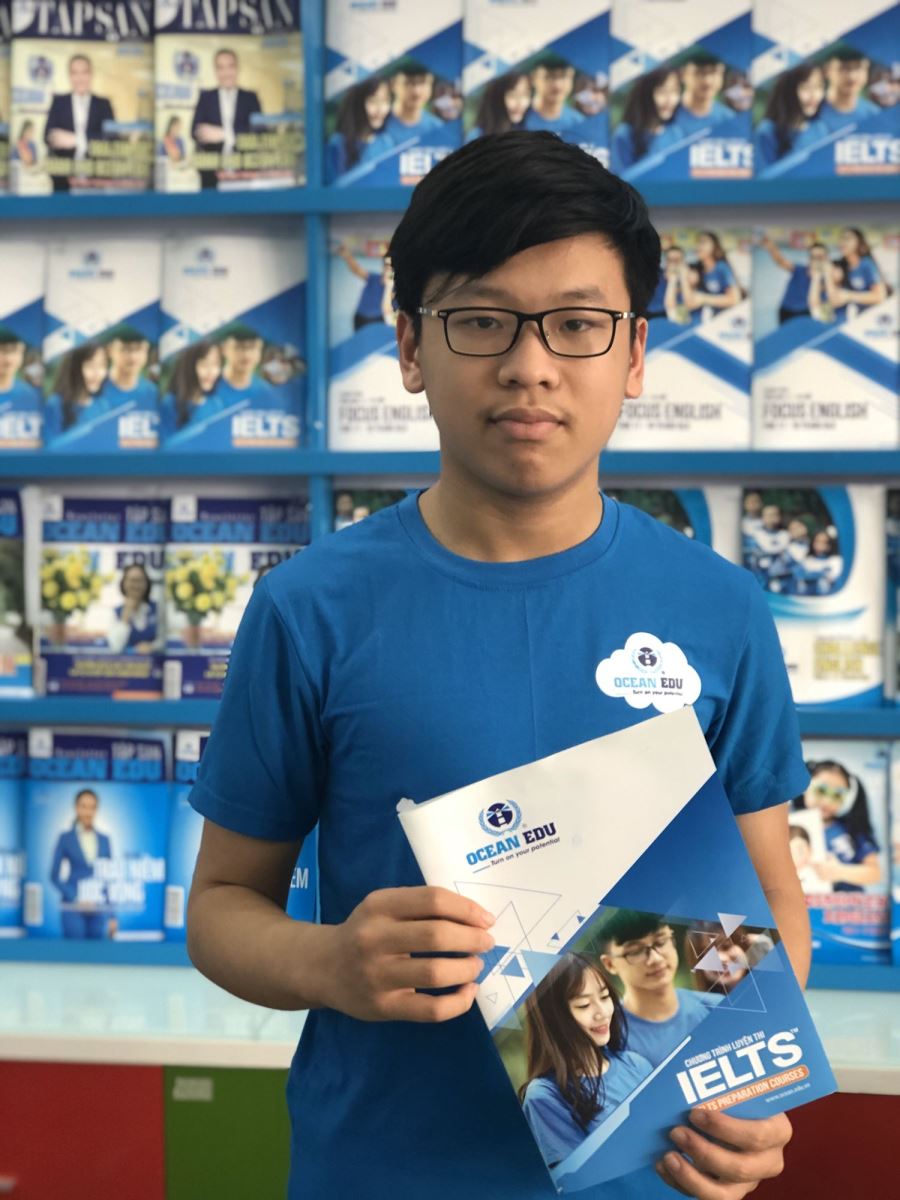 This guy has consecutively accomplished the two top prizes in the English Rhetoric Contest for many years.

“Super” English but for this guy, the journey never stops. He often listens to videos of TED Talks, indigenous videos on TV or Youtube to learn more about stress, intonation, and accent to gradually improve his skills. “I often read the readings, reputable English newspapers, record them to check and discover the mistakes and gradually correct them”.

So far so good, Speaking is the skills Vinh feels most confident. He can communicate with foreigners from the UK, USA, Australia, Canada, Philippines fluently. The biggest goal of the Le Hong Phong High school student is to create a solid English foundation to firstly look for a high-salary job and then become a successful businessman in the future.