LITTLE SUPERIOR AND HIS STUNNING ACHIEVEMENTS

“Young age does great” is a funny sentence that teachers at Ocean Edu often give to Khoa Bang. As an avid student and always shows outstanding personality, Bang has affirmed his talent when he achieved various outstanding accomplishments at the age of 10.

Khoa Bang is a student of Ocean Edu Royal City - Hanoi. Having a passion for English from a young age, Bang is always facilitated by his parents to study and improve his English skills as much as possible. Ocean Edu is a trustworthy place to study that Bang’s parents have always relied on.

Showing outstanding talent along with efforts in learning, 2019 was the year Khoa Bang made a significant breakthrough and gained lots of outstanding achievements. Firstly, it was the result of the TOEFL Primary tests. Bang participated in the exam and achieved an almost absolute score of 229/230 points. This is assessed to be equivalent to the English proficiency of junior high school students and it demonstrates that the English level of Bang has exceeded 4 levels compared to his age. 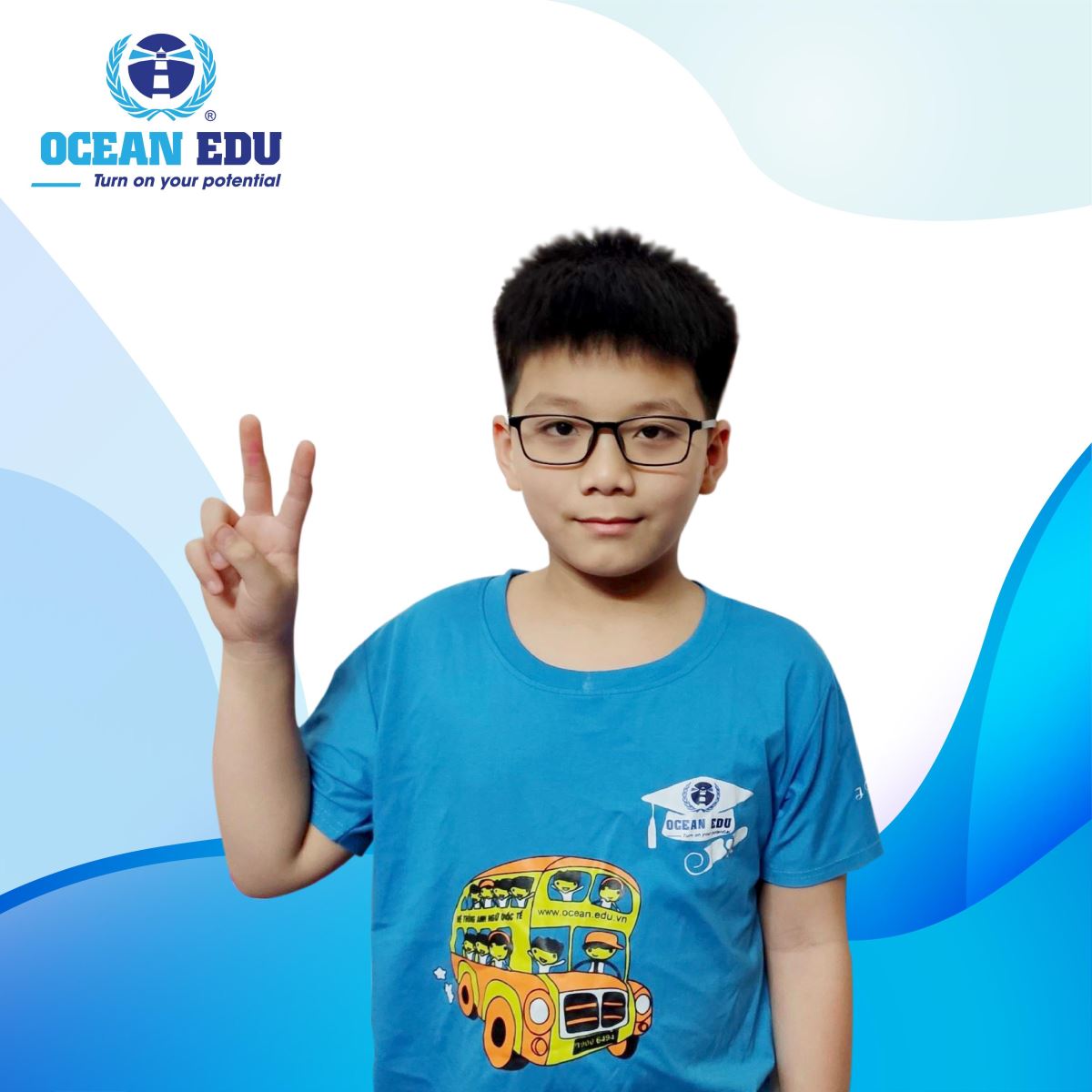 Teachers at Ocean Edu shared: “Khoa Bang is a child who is never afraid to say. He always tries to communicate with foreign teachers as much as possible. Every time he is corrected by a foreign teacher, he never forgets to say “thank you”, then remember and correct it rapidly. The next time I never saw him make the same mistake again. Perhaps because of that, Khoa Bang made rapid progress in learning”.

With the love of English of Khoa Bang, Ocean Edu believes that in the future, he will become a “shining pearl”. Once again, Ocean Edu congratulates the achievements that he has achieved in the past year and we hope that in 2020, he will continue to enrol himself in more and more international competitions.